The Algodue MFC150/F series of flexible Rogowski coils have been developed with a built-in integrator providing a 333mV full-scale output. This makes the MFC150/F compatible with any power metering devices capable of receiving a 333mV CT input.

These Rogowkis coils are perfect for use in applications where traditional solid-core and split-core CTs are not suitable or cost effective, due to space limitations, conductor size, or multiple conductors requiring measurement.

Rogowski coils can be used in similar circumstances to current transformers but for many applications they have considerable advantages:

The transducer does not measure direct currents but, unlike a current transformer, it can carry out accurate measurements of AC component even if there is a large superimposed DC component, since there is no iron core causing saturation. This feature is particularly useful for measuring ripple currents for example in battery charging systems.

Get in Touch for More Info 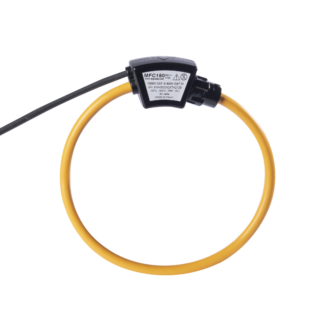 You're viewing: MFC150/F Rogowski Coil – 333mV Full-Scale Output $287.13 – $366.84 excl. GST
Select options
We use cookies on our website to give you the most relevant experience by remembering your preferences and repeat visits. By clicking “Accept All”, you consent to the use of ALL the cookies. However, you may visit "Cookie Settings" to provide a controlled consent.
Cookie SettingsAccept All
Manage consent

This website uses cookies to improve your experience while you navigate through the website. Out of these, the cookies that are categorized as necessary are stored on your browser as they are essential for the working of basic functionalities of the website. We also use third-party cookies that help us analyze and understand how you use this website. These cookies will be stored in your browser only with your consent. You also have the option to opt-out of these cookies. But opting out of some of these cookies may affect your browsing experience.
Necessary Always Enabled
Necessary cookies are absolutely essential for the website to function properly. These cookies ensure basic functionalities and security features of the website, anonymously.
Functional
Functional cookies help to perform certain functionalities like sharing the content of the website on social media platforms, collect feedbacks, and other third-party features.
Performance
Performance cookies are used to understand and analyze the key performance indexes of the website which helps in delivering a better user experience for the visitors.
Analytics
Analytical cookies are used to understand how visitors interact with the website. These cookies help provide information on metrics the number of visitors, bounce rate, traffic source, etc.
Advertisement
Advertisement cookies are used to provide visitors with relevant ads and marketing campaigns. These cookies track visitors across websites and collect information to provide customized ads.
Others
Other uncategorized cookies are those that are being analyzed and have not been classified into a category as yet.
SAVE & ACCEPT
Powered by